BOULDER, CO (December 10, 2018) — Elevations Credit Union announces the promotion of Ray Lindley to Chief Operating Officer. “Ray’s depth of experience made him the natural choice for our new Chief Operating Officer, and he will serve us expertly in this position,” said Gerry Agnes, President & CEO of Elevations. “We have an extraordinarily strong, talented leadership team here at Elevations, and we are fortunate that Ray has chosen to fill this vitally important leadership position.”

In his new role, Lindley will direct all aspects of the credit union’s consumer, mortgage and business lending programs plus wealth management and oversee its retail delivery channels—including all Elevations branches and the contact center. Ray has been instrumental in making Elevations the No. 1 credit union mortgage lender in Colorado and the No. 1 mortgage lender in Boulder and Broomfield counties.

Lindley held leadership roles with Washington Mutual and Chase before joining Elevations in 2013. A graduate of Northwest Nazarene University, he holds a bachelor’s degree in accounting and a master’s of business administration in economics. In 2016, he graduated from the CUES Institute of Executive Leadership as a Certified Credit Union Executive. Lindley serves on the executive committee of the CUNA lending council, a group that supports and develops the lending practices of credit unions across the country. He is also a board member of the Broomfield Chamber of Commerce. 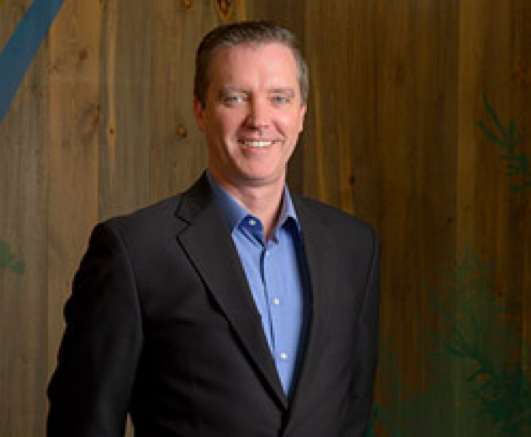 Elevations Credit Union is a member-owned not-for-profit financial institution serving Colorado’s Front Range. Elevations provides a broad portfolio of financial products and services including checking and savings accounts, mortgage loans, credit cards, auto loans, home equity loans, student loans, business banking, commercial loans and financial planning. Founded in 1953 as the U of C Federal Credit Union in Boulder, Elevations has grown from 12 members and less than $100 in assets to an institution with more than 130,000 members that manages more than $2 billion in assets and is the No. 1 credit union mortgage lender in Colorado. In 2014, Elevations earned the prestigious Malcolm Baldrige National Quality Award. In 2015 and 2016, Elevations was named one of the Best Companies to Work for in ColoradoTM in the large company category. Readers of local newspapers name Elevations “Best Bank/Financial Institution,” “Best Mortgage Lender” and “Best Customer Service” year after year. To learn more, visit elevationscu.com.